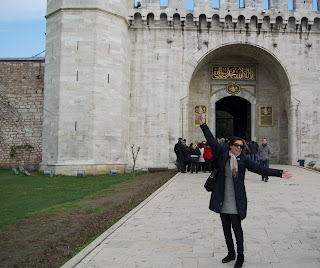 After spending ten brutal, dysentery filled days in Dhaka, Bangladesh, I arrived in beautiful Istanbul, Turkey.  While ordinarily I am somewhat of a high-energy tourist, this trip was all about using my last bit of energy to see only the key sites in Istanbul.

Here's a quick hit-list if you find yourself in Istanbul for only a day or two:

Email ThisBlogThis!Share to TwitterShare to FacebookShare to Pinterest
Labels: travel