What is a tagine? Technically, it's a type of dish that is cooked in earthenware with a coned lid.  In 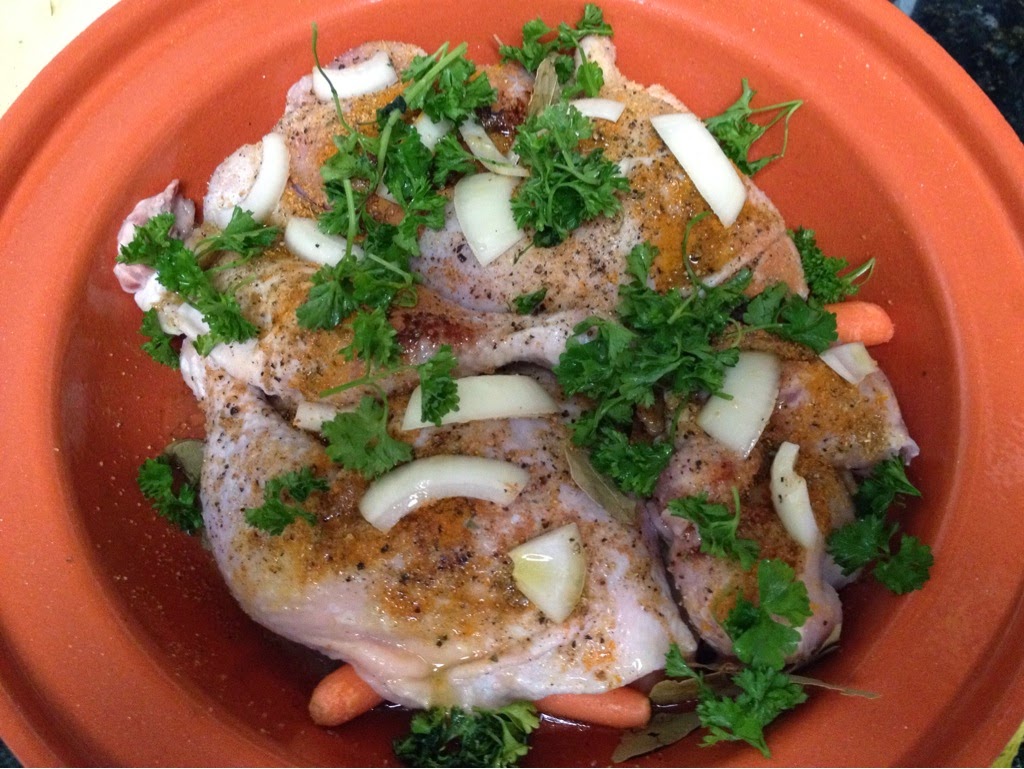 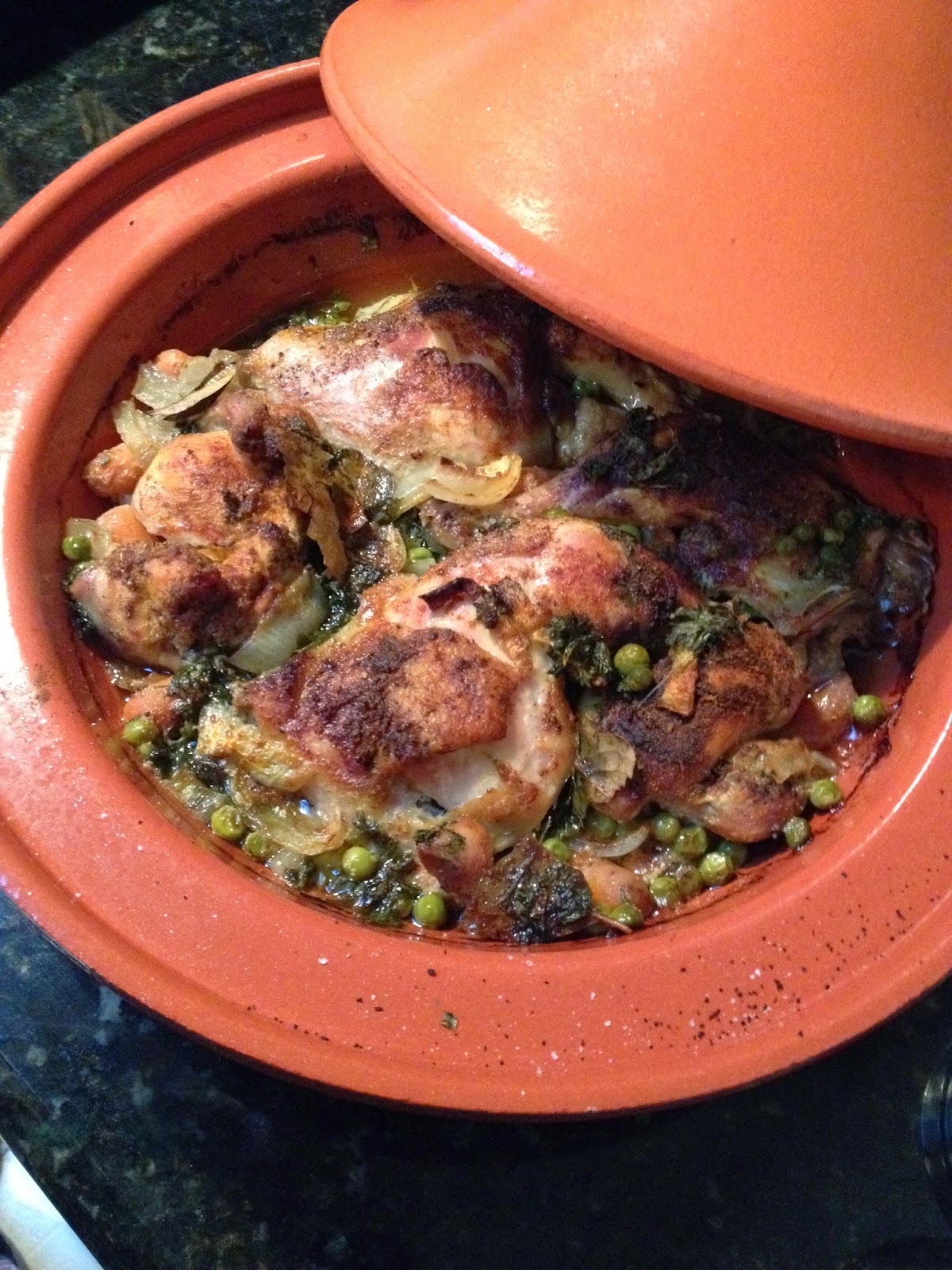 actuality, most folks refer to any Moroccan slow-cooked stew as a tagine.  These can be sweet & spice or just savory, and can be made with chicken, meat, or fish.  They typically include vegetables of fruit and use spices like ginger, cumin, cinnamon, and saffron.  The tajine (the earthenware this time, not the entree) pot traps steam, which allows the condensed liquid to return to the dish.  Basically, the tagine is a slow cooker...

I recently bought a large tagine at Sur La Table (only $29.99 mind you), and decided to use it right away.  I found that the tagine made for incredibly easy cooking...you literally toss everything into the bottom part of the tagine, and let it cook.